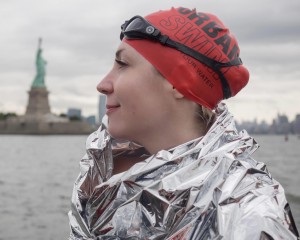 Jaimie Monahan is a world record holding ultramarathon and ice swimmer from New York City who has enjoyed open water swimming on all seven continents.

On September 20, 2020, Jaimie became the first person to successfully complete a continuous four loop swim around Manhattan Island in 45 hours and 24 minutes for a distance of 114 miles (183K). Jaimie has completed the 28.5 mile Manhattan circumnavigation swim a record setting 27 times, and is now the third person to complete a continuous three loop swim around Manhattan Island. Her other Manhattan cirumnavigation swims include a record setting seven loops in seven days, and the fastest time for a double Manhattan swim.

Jaimie reflects: “For marathon swims we give the people with the most completed swims of the route, the title of “King” or “Queen” of Manhattan Island. The original “Queen” of Manhattan is Julie Ridge, an delightful lady who was a Broadway actress in the 80’s in “Oh Calcutta” who did 12 circumnavigation swims and was the first person to do a double Manhattan swim.  She is amazing – a native New Yorker who is now a mom, social worker and head of a nonprofit educating mental health providers – so important in these times! Here is a clip of her on Letterman after the swim, and she was also the inspiration of the classic Seinfeld bit about Kramer swimming in the East River. (!) (She went to school with the actor Jason Alexander.)” 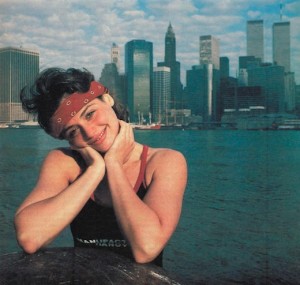 Following are the records of successful multi-loop swims around Manhattan Island from Openwaterpedia: 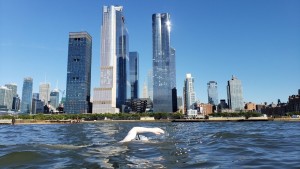 Jaimie is a 2018 Inductee of the International Marathon Swimming Hall of Fame and was voted the World Open Water Swimming Association‘s Woman of the Year for two consecutive years.  She has completed non-stop, unassisted swims up to 57 miles (92 km) in distance and more than 32 hours in duration, pioneering new swim routes and setting course records in some of the world’s most beautiful and iconic locations. 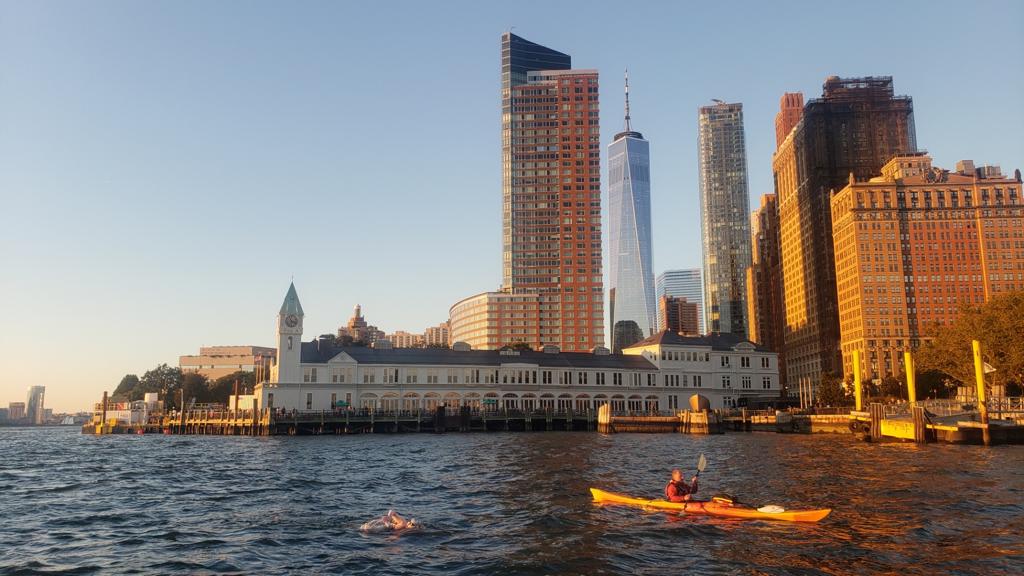 Jaimie Monahan at the start of loop four of her unprecedented swim around Manhattan. 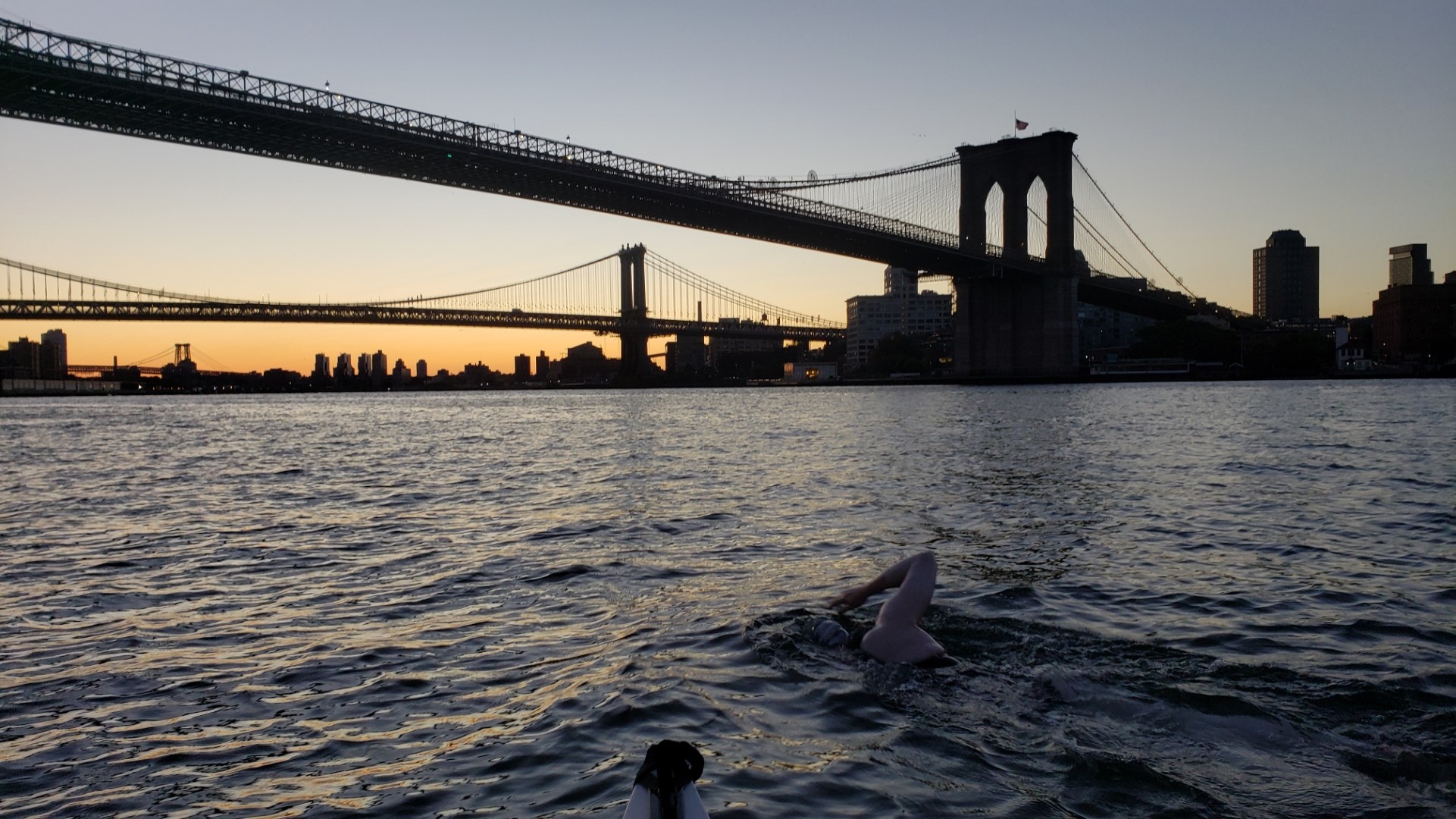 Early morning at the Brooklyn Bridge in loop three. 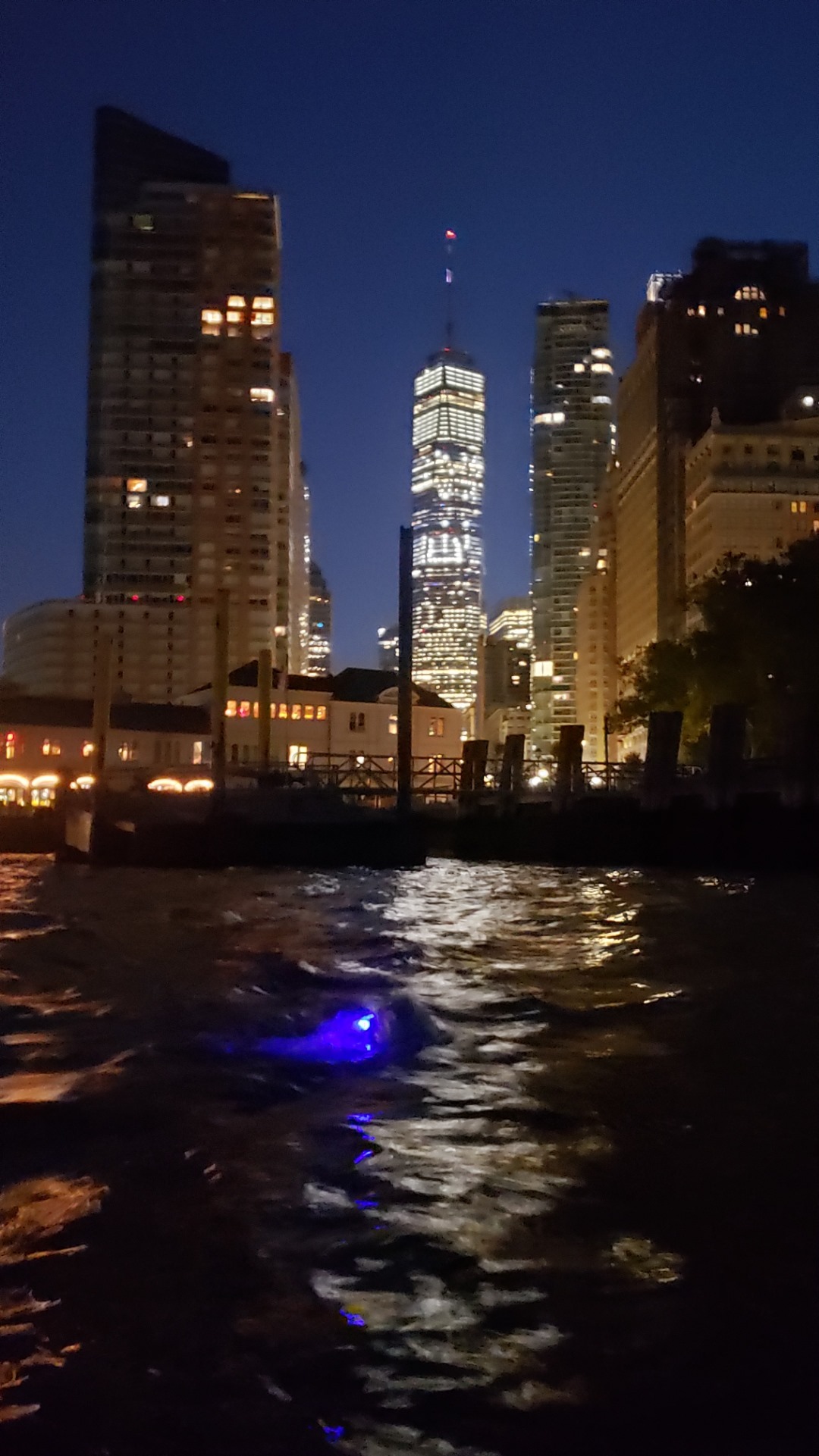 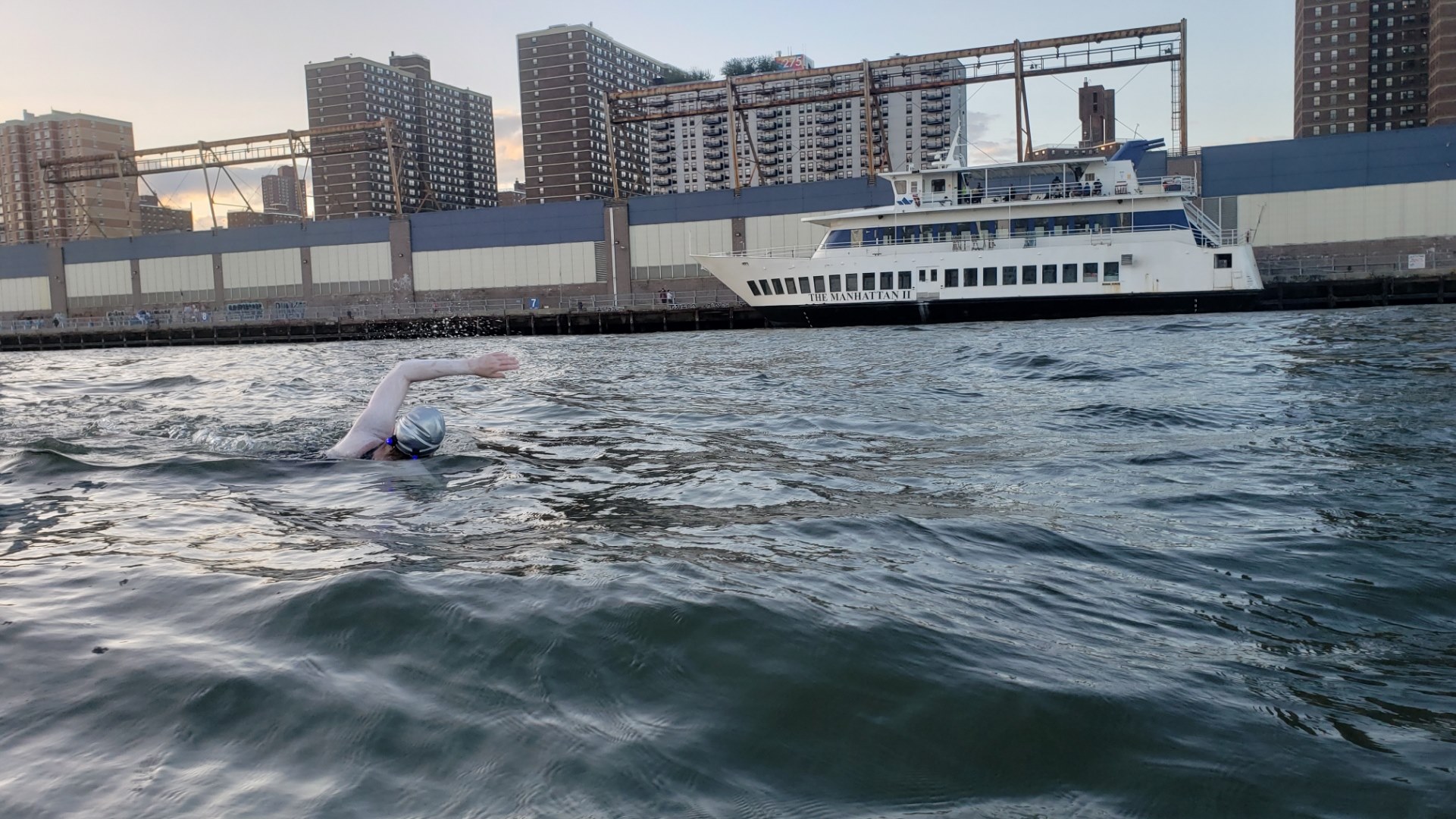 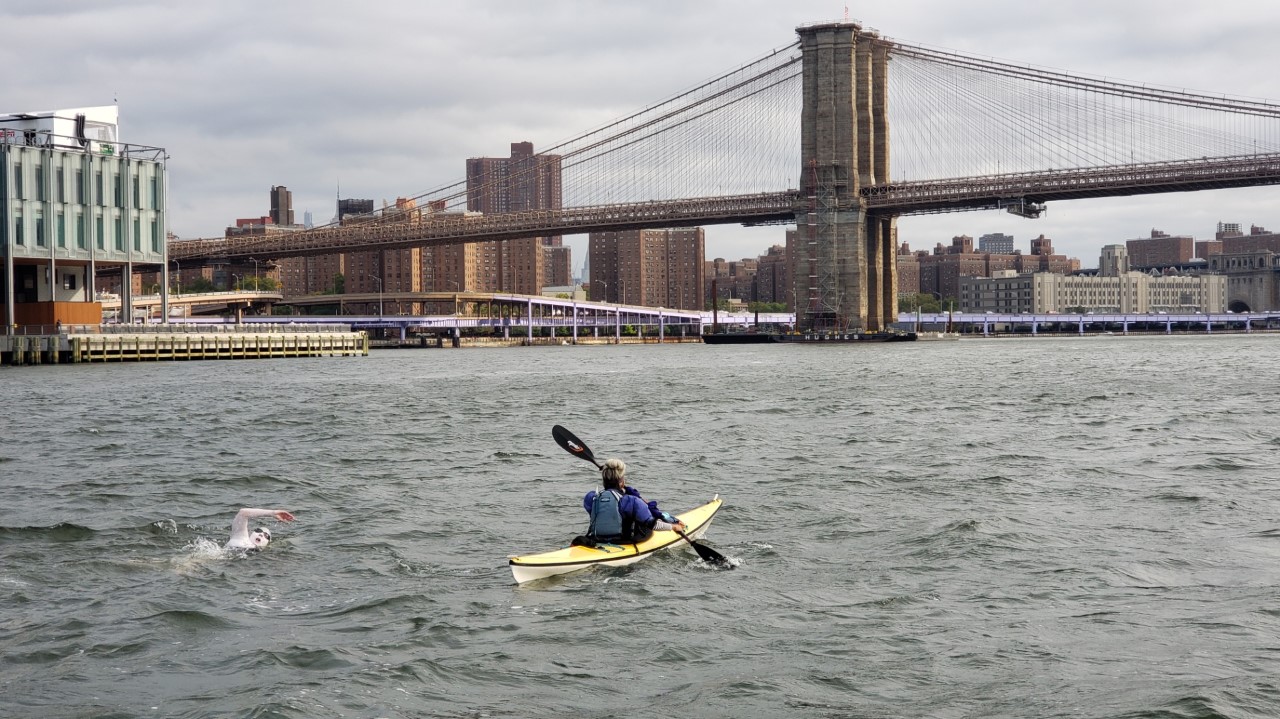 Jaimie Monahan approaching the Brooklyn Bridge with kayaker Nancy Brous at the beginning of loop one.